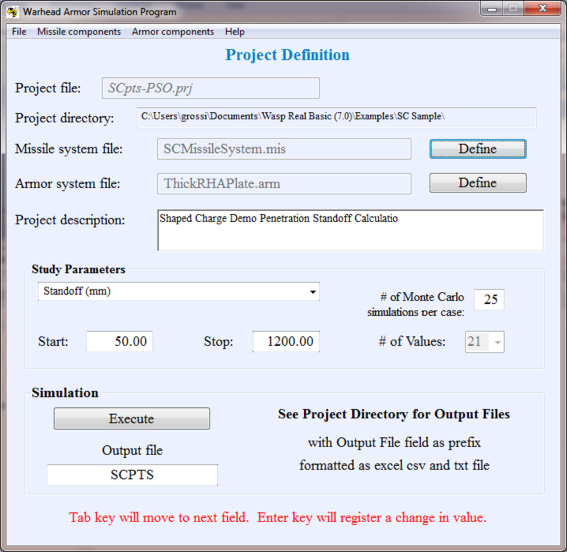 WASP’s user interface prompts the user for all required inputs. Completed input data sets for individual warheads, armor elements, and complete warhead and armor systems may be saved for re-use and further analysis. 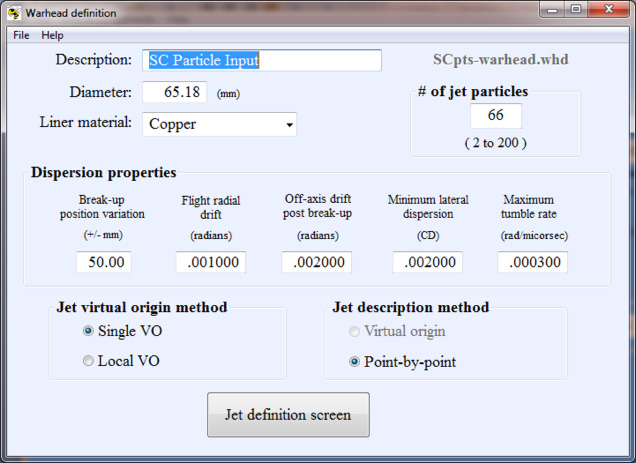 WASP predicts not only the average residual penetration of a given charge against an armor system, but also the expected range of test results. 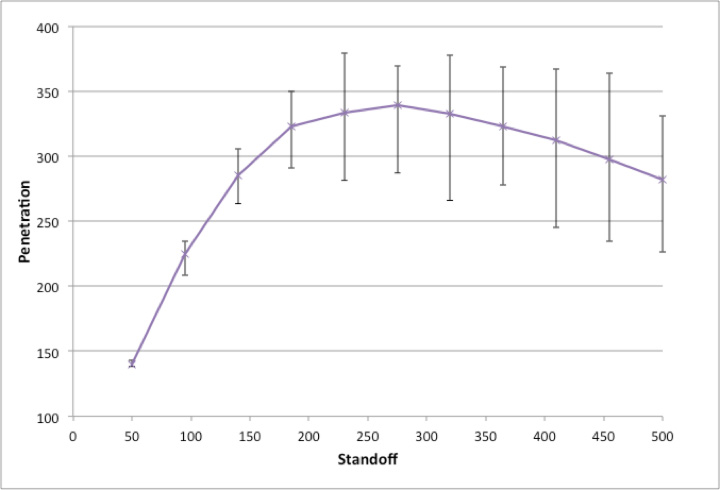 Accepts descriptions of jet penetrators in terms of virtual origin or point-by-point data, including output from the DESC code.

Prepared jet descriptions and armor definitions are saved in libraries for subsequent analysis, and may be mixed and matched to compare performances.